When most people think of JCBs, the Backhoe Loader’s the one that comes to mind. With that beefy bucket and arm on the back (that’s the bit that’s called the Backhoe) and the huge strong shovel on the front, they can do just about any job, anywhere! There are four main models in the range and each one of them is a classic design. It’s no wonder JCB use these machines as in their famous dancing diggers routines! Most likely to see them on the building sites, roadworks, and recycling stations.

These are some of the biggest JCBs you’ll ever see, and they are totally unstoppable. There’re two kinds, the tracked ones and the wheeled ones, so whoever’s using them can make sure they always get enough grip, wherever they are!  Tracked ones are great for slippy mud because they’ve got huge tracks that dig into anything, and wheeled ones are so easy to transport you can take them anywhere you need. But they both have one thing in common – they shift mud like its number one enemy. Most likely to see them on building sites, roadworks, quarries and waterway & railway maintenance.

They’re small, but they pack a punch! JCB’s Mini Excavator is so narrow it could fit through your front door. Even its big brother the Midi is still tiny, so it’s no wonder you see them most on places like building sites and roadworks, where there just isn’t that much space! You can use them to shift mud, dig trenches, or even nip into dodgy old houses that are in for a spot of demolishing. Keep your eyes peeled next time you’re out and about – you can see them all over the place if you look out!

Also known as Loadalls. When you see a telescopic handler parked there doing nothing, it doesn’t look too different from most other JCBs, but when it gets working, you’ll see why people love it. It’s got an extending arm that shoots out of the top and reaches about five meters out from the cabin (pace it out – it’s a long way!). That big, long arm means they’re useful almost anywhere, but they’re at their best when they’re used to load stuff to and from spots that are tough to get to. So next time you get a ball stuck in a tree, just think how handy a JCB Telescopic Handler would be! Most likely to see them on building sites, farms and Formula One GP circuits!

Okay, imagine a forklift truck, then imagine a rugged looking 4×4 jeep. Got it? Now, combine the two in your mind and what do you get? A JCB Rough Terrain Forklift, that’s what!

The folks down at JCB call them RTFLs because it’s a bit less of a mouthful, and they’re a useful piece of kit. You see, normal forklifts just can’t go anywhere except smooth warehouse floors, so if you’re out on a building site, and you need to offload something, only an RTFL will do!

Don’t get in the way of one of these fellas, they’re as strong as they are massive! Just look at that shovel on the front – you and your mates could have a party in there, and still have room to spare, so imagine how much stuff they can move around in one day!  People use these for everything from road gritting to recycling because they can carry just about anything anyone wants them to. Check out those wheels too, they can take you anywhere you want to go, and fast!

From a little 1 Ton Dumper to a bulky 9 Ton beast, the Site Dumper is a great machine to have around the building site. The cab or open seat is always at the rear of the machine with the articulated dumper skip at the front so drivers can always see what load they’re carrying and when the max is reached!  Where do you look if you want to see one? Well, they’re used most on building sites for getting rid of dirt, gravel, sand – anything!

This large group of machines varies in size from little handheld tampers that look a bit like vacuum cleaners right through to massive single drum compactors that can flatten an area the size of a football pitch in a matter of hours!  No matter the size, they’ve all got one thing in common – they help to flatten and compact the ground. The larger machines are often referred to as Road Rollers – they have a single large drum at the front and two chunky tires at the back. The drum vibrates to different settings meaning that they help to compact ground/soil/materials on streets, roads, building sites and even new airport runways. These machines may be slow, but you wouldn’t mess with them!

Skid Steer Loaders sound like fun, and they are. You can use them for virtually anything, and they’re so maneuverable you can plonk them down wherever you are and let them get on with it. You’ll see them on farms, building sites, gardens, roads, industrial sites – anywhere and everywhere!

And why are they so popular? Because even though they’re quite tiny, they can lift up to 10,000lbs, and in case you’re wondering, that’s about as much as 100 of you would weigh. That’s strong!

If you’ve ever been stuck behind a tractor on a road, you can bet it wasn’t a JCB Fastrac, because even though they’re like normal tractors, they can go at up to 65km per hour, and that’s fast.

In fact, they even got their name because of their speediness – Fastrac is just short for Fast Tractor – and because they can zoom along so quickly, there isn’t another tractor like it! And they’re not just great on the road, because the clever bods at JCB have worked out that when it’s doing work it can cover more than 30% more ground than a normal tractor. Wow!

These cheeky little chaps are just like forklift trucks, but they’ve got telescopic arms, as you can see from the picture. That means they can reach into all sorts of places that normal forklift trucks just can’t reach, and it’s why they’re so popular all over the world!  Teletruks are handy almost anywhere, and for people who work in builders merchants, sawmills, even garden centers, they’re one of the most useful pieces of kit you can imagine.  Even better there’s now an electric version which means zero emissions into the environment. 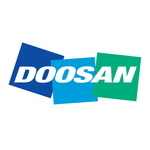 Your session will expire in . If you want to reset this timer, please click OK.